IBIS is short of I/O Buffer Information Specification. The spec. was proposed in early 90’s to promote tool independent I/O models for system level analysis. It’s been evolved since even until this date. It’s now an ANSI standard and are widely supported by different system level EDA vendors, including SPISim.

IBIS model is created as a behavoiral model for transistor’s buffer deisgn used in system level analysis. Several milestones and its delta improvements have been listed briefly below:

When talking about the term “IBIS””, one needs to distinguish about IBIS Spec, an IBIS file and a IBIS model. The following list gives simple overview: 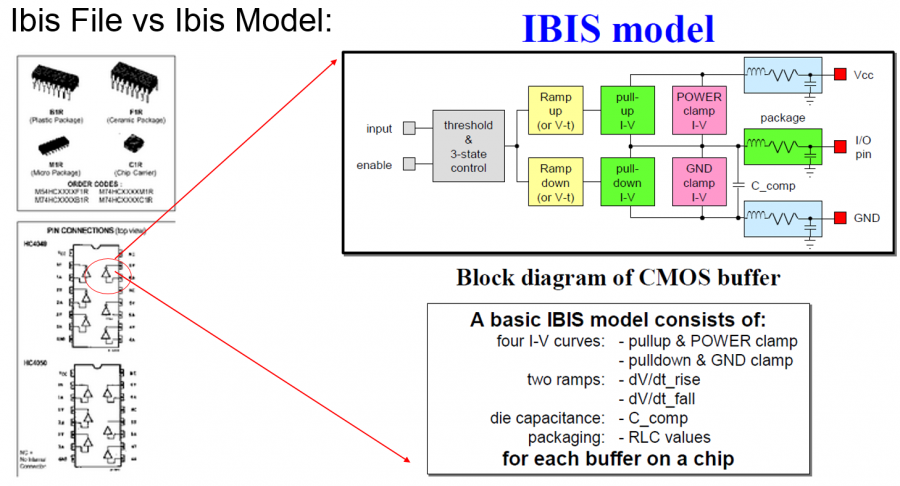 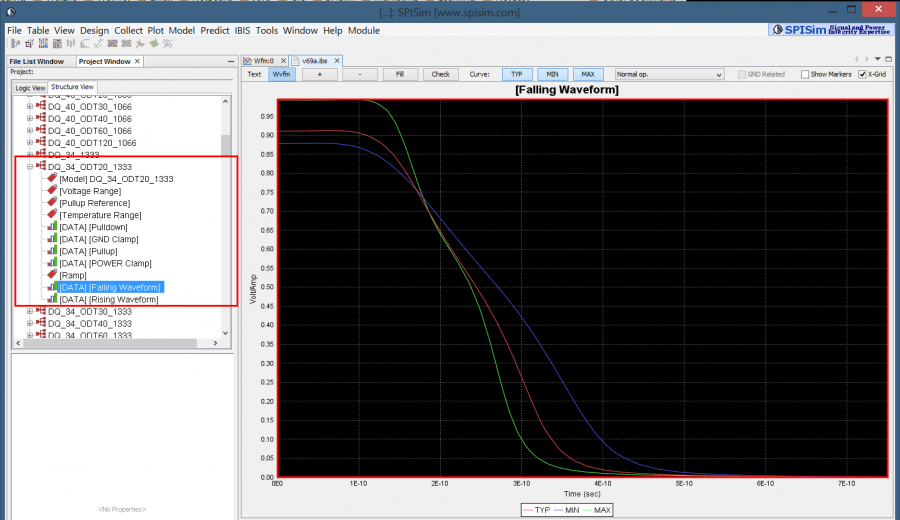 Viewing model data of an IBIS file in SPIBPro