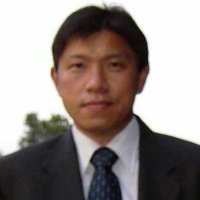 Dr. Wei-hsing Huang is SPISim’s principal architect and consultant. He plans the product roadmap, leads the development and works with marketing team for SPISim’s products.

Wei-hsing has been in EDA/SI/PI domain for twenty plus years. He was with Mentor Graphics and Intel Corp. previously. At Mentor, he was a core developer of high-speed system design product, InterConnectix. At Intel’s Technology CAD, he was a core team member of in-house circuit simulator and on-chip signal integrity tool. At Intel’s PC Client Group, he developed 10+ design and modeling flows in package, signal integrity, power integrity, EMC and IO modeling areas. These methodologies have been widely used within the company and by external customers. He is also regarded as an S-Param/IBIS/modeling expert within the company and has provided training and consultations to various groups for modeling released to external public.

In 2015, he left Intel after 14+ years of service to build SPISim. Since then, he has been providing design service, consultation and software products to companies such as Apple, Amazon, Intel and Microsoft and NVidia. etc.

In 2020, SPISim’s IP and technologies have been acquired by ANSYS, the global leader in engineering simulation. Since Electronics R20.2, SPISim has been integrated into ANSYS’ product lines and been used by more companies around the world.