Signal and power integrity analysis for a system involve many design and modeling factors. To predict whether the design will work reliably, one must have a systematic method to create a model with these variables being taken into account. This model can correlate with existing data set, thus proof the model’s validity, and can be used to predict cases and probabilities when the design will fail. SPIMPro (MPro for short) is designed to facilitate this process to create such models and prediction. It’s implemented in a straightforward analysis flow and presented in a simple yet versatile GUI.

MPro is a top-level module runs on SPISim’s framework. This means MPro is cross platform, all in one environment and supports further extension via add-ons such as BPro. MPro by itself provides comprehensive, end to end, general modeling capabilities for system analysis. 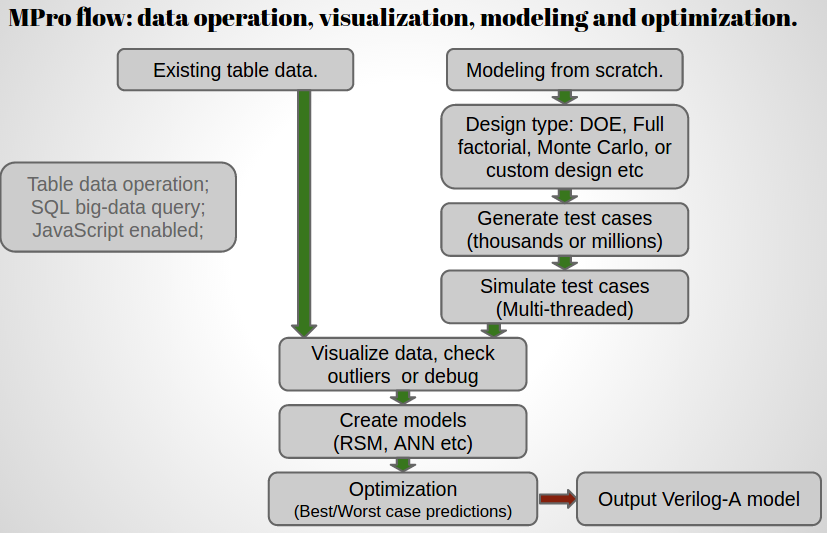 MPro has functions to support each of the steps mentioned above. In addition, it’s fully integrated with tried and true algorithms/libraries so that no extra MCR or toolboxes licenses are required.

MPro also has various utility functions to facilitate table operations. These are not available directly from common tool like Excel. Further more, MPro can create a database from the given table and support SQL like data query for big data mining or analysis. 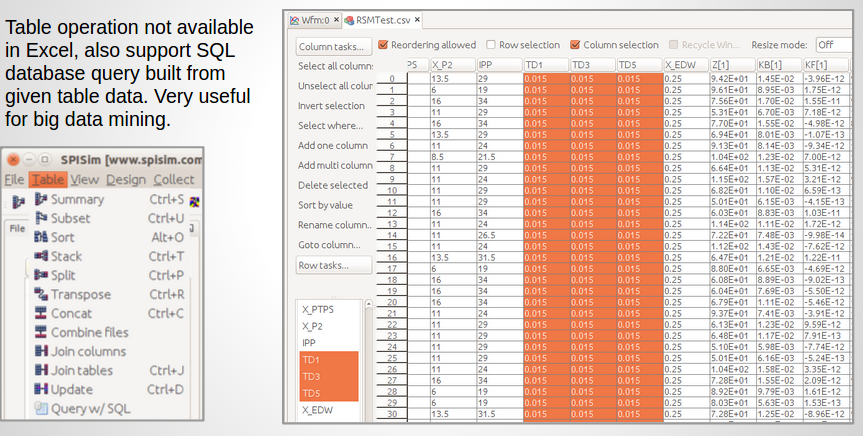